Here is a position from one of my recent 4NCL games.  Black to play and draw.  The solution is given at the end of the post. 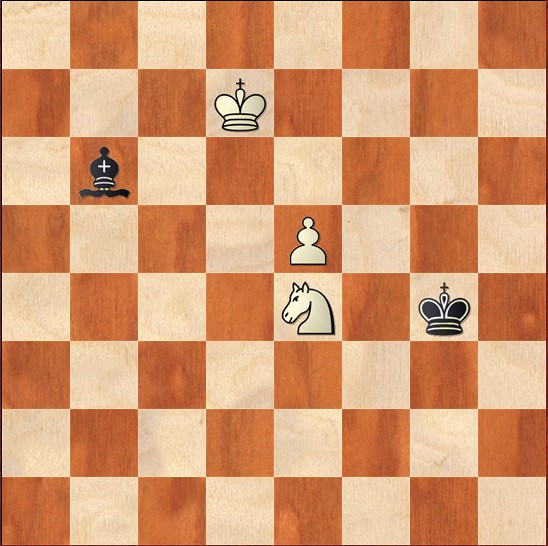 I have played only one FIDE-rated game in the last three weeks, which was a win against a 1606 in the last game of the season in the French league.  I hope to report some real movement in my rating next time, as I will be playing four games in the Central London Chess Congress and three games in the final 4NCL weekend before my next report.

The study has taken a bit of a hit this period, as I had flu over Easter, so did almost none in that week.  It has got back on track since, though I have not been particularly good at keeping my study log up-to-date.  I have updated it today with some estimates of my recent study, and will endeavour to keep a more accurate record going forward.

Finally, the solution to the problem posted above.  I was pleased to find this move, and feel I have improved at defending tough positions in recent months.  Saving half points like these could be key in my efforts to get to 2100 over the next few months.