Apologies for not posting a T-28 review two weeks ago as scheduled; I decided to hang on until now as it is the midpoint of my Road to 2100 year.

I am expecting to gain 7 points this period from a win I had against an 1837-rated player in the 4NCL.  The 4NCL season continues to go well for both my team (West is Best) and me personally, and with 6 wins from as many matches the first team stands a good chance of promotion to the second division.  This would give me the chance to play some stronger players next season.  Whilst my rating is still creeping up, I have to earn a lot more points in the second half of the year than in the first if I am to have any hope of reaching my goal.  A provisional idea of where I plan to earn these points is given below (note that not all these events are confirmed yet):

In total that is 50 games, which, as calculated previously, would be enough for me to reach my goal if I performed at 2150 level.

I am pleased to report that I have once again met my study target of six hours’ deliberate, focused training per week, which now makes ten weeks in a row.  Having said that, not all of that time has been spent on the material I believe will make the most difference, as I frequently choose an easier option.  For example, ‘Calculation’ by Jacob Aagaard is a book I have been trying to work through for a long time now – it seems like an excellent book, with well selected problems, and I am sure that a careful reading of it would improve my chess – but I often do some quick tactics puzzles on ChessTempo or Chess24 rather than the more difficult problems in ‘Calculation’.  To counter this tendency I am introducing a set of ‘deliverables’, listed in a new tab on my study log spreadsheet, which I must spend at least six hours on per week.

There are currently 276 deliverables, split into three categories: calculation, opening and endgame.  My focus on calculation/thinking was explained here.  The opening and endgame items have been included because, whilst I feel I am making progress with my thought and decision-making process, it is not clear when that it going to translate into a big jump in practical play.  Given that it is now only 26 weeks until my deadline, I am taking no chances and intend to improve my openings and endgames as well (note that this is something of a throwback to an earlier plan).

As usual, I would be interested to hear your thoughts in the ‘Comments’ section below.

I’ve done a lot of what I have decided to call ‘nodding along training’ in the past.  By this I mean listening to or reading an explanation of something, whilst nodding inwardly and thinking “that makes sense” or “I understand that”.  You may or may not be paying full attention to the explanation, but either way it’s not the most active form of training.

In my later years at secondary school, nodding along training was my main form of study for exams.  I would listen to an explanation of a method or concept in a maths lesson, think I understood it, but frequently fail to prove my ‘understanding’ in the exam.  Of course, the way to avoid this is to do plenty of practise exercises before the exam, to expose the areas you do not understand fully.

When it comes to chess, watching opening videos is a major form of nodding along training.  (If you watch them in a comfortable chair and with a beer in your hand, it can even become ‘nodding off training’!)  It is very easy to listen to Kasimdzhanov or Shirov explain the Nb1-d2-f1-g3 manouvre in the Giuoco Piano or Ruy Lopez and think that you have understood something profound about the game of chess.  However, when you have the opportunity to employ this deep new understanding in your next competitive game, you often find that you were mistaken.

By way of an example, consider the position below: 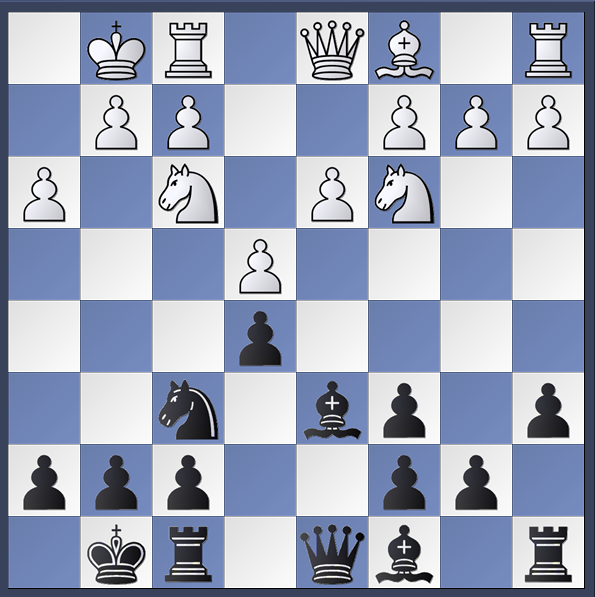 This is a position from my game against IM Alexandre Vuilleumier from the recent London Chess Classic.  White has just played h3, and with very little thought I mirrored him with h6, thinking something along the lines of “h6 will always be a useful move, and I’ll decide on a plan next move”.  White played Nh2, and I then decided to employ a plan which had been mentioned to me by my guest GM Tal Baron as playable in a similar position.  I played Nd7, the idea being to go f6, Re8, and usually either Nf8-e6 or Nc5(-e6) depending on circumstances.  This would have been an excellent idea on the previous move, but now that I have played h6, it makes very little sense to play f6, as the light squares around my king will be weak. 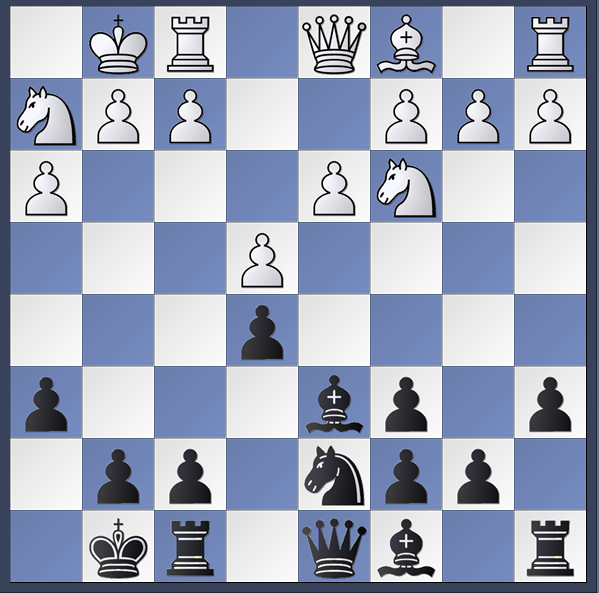 My opponent immediately highlighted the potential weakness of the light squares with Qh5, and I was forced to abandon my plan halfway through and come up with another one.

So, how do we guard against ‘nodding along training’, and try to ensure we learn material well enough that we can usefully apply it in games?  Here are some suggestions:

Have you been guilty of doing nodding along training yourself?  Do you have any other ideas for combating it?  Let me know in the comments sections below.

P.S.  For those interested in seeing the conclusion of the game quoted above, here it is: